The History of Org De Rac

The story of Org de Rac

Org de Rac was purchased in 2000 by Nico Bacon, an entrepreneur in the South African fishing industry who had a vision of establishing a wine farm committed to offering local and international consumers premier wines made from organically grown grapes. The first vines were planted in 2002.

During the establishing of Org de Rac the best-known specialists were brought into the fold to direct the operation and to assist in achieving the ultimate goal. Soil classifications showed the physical structure and chemical analysis which determine which grape varieties are suitable for planting. The viticulturists used the assessments of the soil types and decision of which rootstock (we use American imported rootstock refined in France) to attach on the correct variety to plant on the specific sites.

The first wines Org de Rac wines were released in 2005, after which the farm has built a reputation for a distinctive and quality range of wines made from organic-farmed grapes. It has become a renowned South African exporter, largely to Scandinavian countries, as well as being one of the best-known local producers of organic wines.

The wines have won numerous local and international accolades. And the Org de Rac tasting-room is popular with visitors travelling on the famous N7 highway which takes one all the way from Cape Town to Namibia.  Here wines can be purchased and tasted while gazing over the unique vistas of the Swartland.

The Swartland is one of South Africa’s most famous and oldest wine-farming regions. This hardy expansive landscape north-west of Cape Town has since the 17th century been home to the agricultural pursuits of sheep, wheat and wine farming. The name Swartland literally means “black land” and refers to the brooding dark appearance of the indigenous plants growing on the slopes of this rugged and majestic piece of earth.

Org de Rac is situated outside the town of Piketberg some 130km north of Cape Town and on the very northern edge of the Swartland region. Besides the focus on organic farming, Org de Rac is characterised by its isolated position far removed from the more intensely farmed regions. Its vineyards are south-facing and grow in isolation, fanned by the cooling westerly breezes of the icy Atlantic Ocean situated 50km away.

The Berg River, one of the primary rivers in the Western Cape, borders the property en route to its entrance into the Atlantic, and the looming Piketberg mountain borders Org de Rac to the north.

Nico Bacon was an entrepreneur who has worked in the fishing industry for most of his life. After years working for various commercial companies he founded Viking Fishing in 1980 and built it into a leading South African fishing company.

Outside of commercial fishing, Nico had a love of farming, soils and natural agriculture – as well as rugby! In 2001 he established Org de Rac on the ethos of organic farming, aiming to make wines from grapes farmed as close to nature as possible. He was still very much involved in the day-to-day operations of his beloved wine farm on the slopes of the Piketberg, until he sadly passed away in June 2020.

Lizelle Gerber who took over the winemaking reins of at Org de Rac at the end of 2021 is a seasoned Cape winemaker.

She graduated from the famed Elsenburg Agriculture Institute and began to make her mark in the industry when joining Stellenbosch estate Zevenwacht in 1996. During her tenure at the prestigious Boschendal Estate in Simondium, Lizelle headed-up the white wine and Cap Classique operations, winning a plethora of accolades along the way, including for Best Producer at the Amorim Cap Classique Challenge. Before joining Org de Rac Lizelle was cellarmaster at Nederburg, South Africa’s largest premium wine brand.

Lizelle’s track-record and experience, as well as her go-to attitude, complements the Org de Rac team. She has made her mark in the industry, but still has an enormous vision and ambition to create fine wines from various varieties. 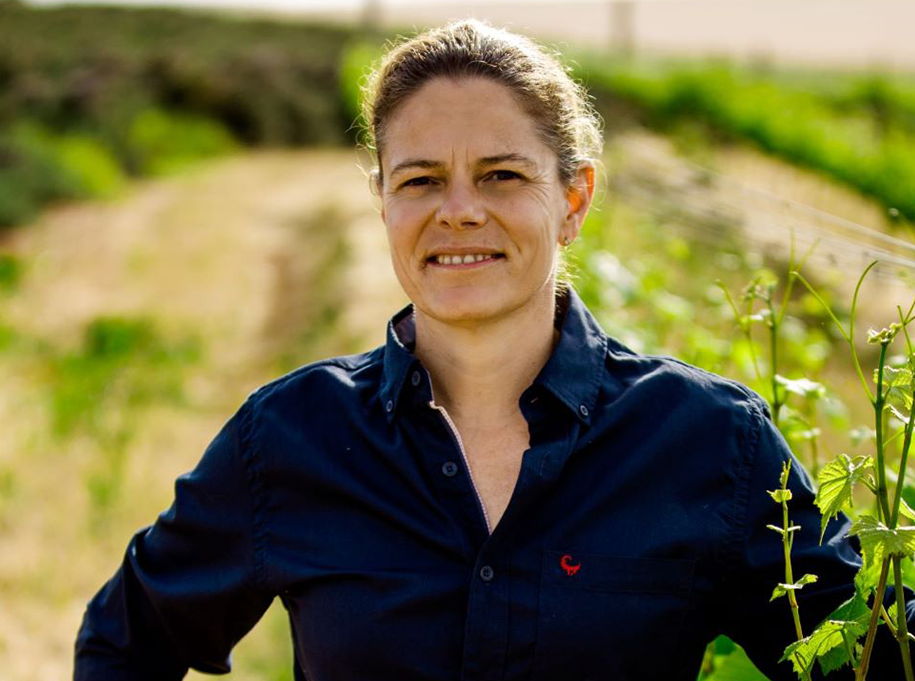